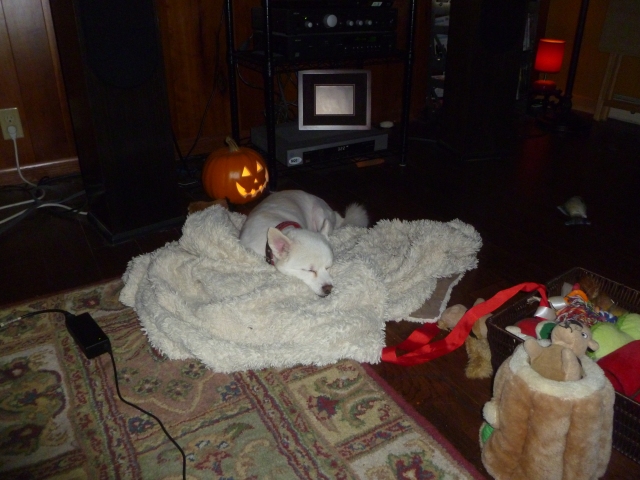 Pippin got a new haircut last Saturday and he’s quite proud of it. He’s needed it for quite a while but I had to wait for enough room in the budget to get it done right. It makes him feel quite good. All that thick Pomeranian/Corgi hair gets to be a burden and his nails have been a nuisance. So he’s been pretty frisky since his beauty appointment.

He may be too frisky. Our dogs don’t really wander and if they do they stroll over to the houses on either side of us. Those neighbors have dogs as well and there’s a general laissez faire policy among all of us. The city has a new ordinance about wandering pets and it levies a $500 fine. I’m not worried about our neighbors reporting us because their dogs come into our yard as well. But I found Pip wandering along the opposite side of the street about an hour ago and that won’t do. So he got a bit of a lecture and I’ll keep a closer eye on him.

Soon enough it won’t matter. Saturday is our anniversary and the forecast calls for pain: snow and wind. That will restrict a dog with short hair to his own yard and the cats to the warmest places in the house. And the long march to next March will begin.

I guess I'm the crying on the inside kind of clown
View all posts by jeroljohnson →
This entry was posted in Uncategorized and tagged dogs, North Dakota weather, winter. Bookmark the permalink.